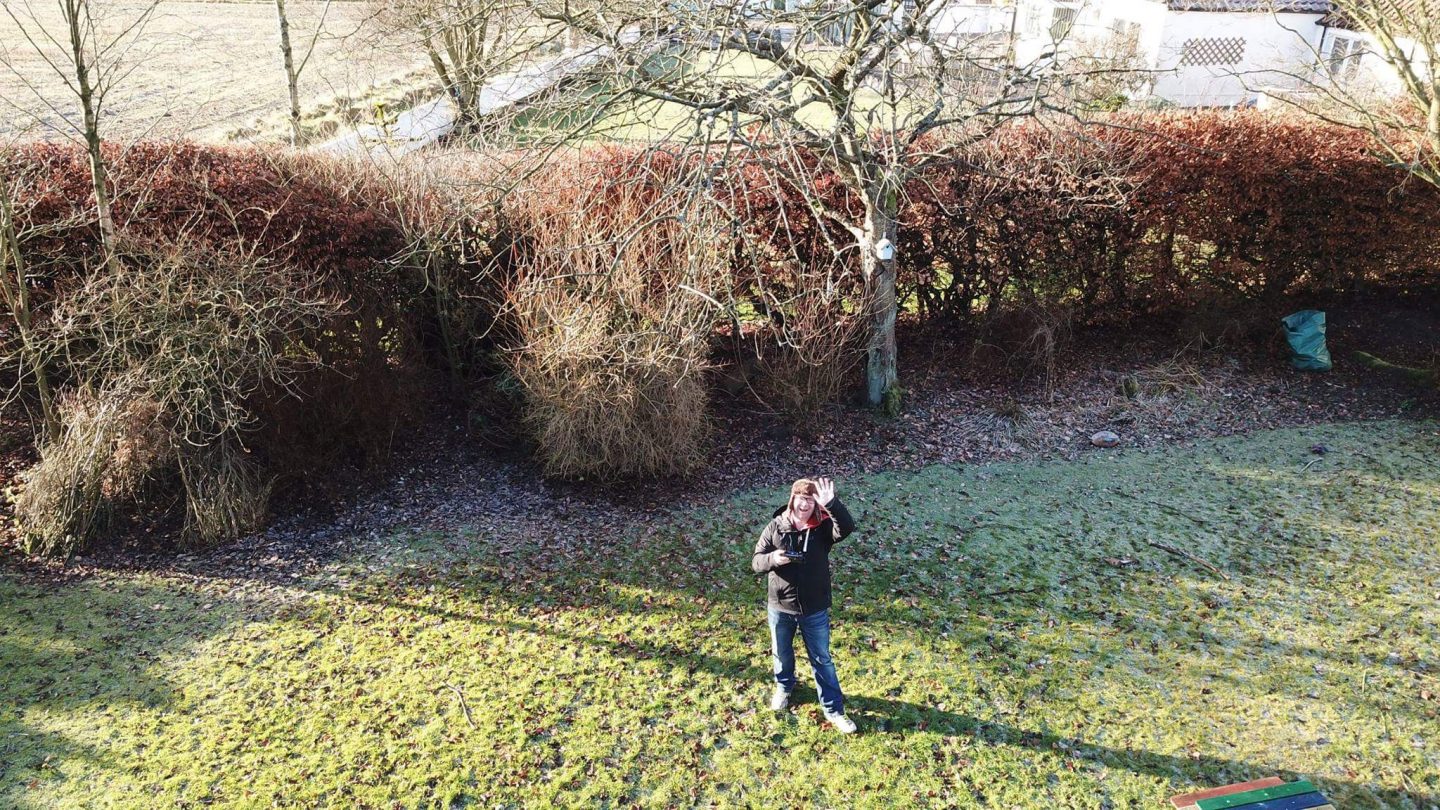 Well, this is going to be a long process, so I thought I’d bring you along on the rather uncontrollable journey… hopefully soon to be very under control, master-full and cinematic.

So if you’re thinking about buying a drone… here’s my complete experience… (not saying it’s right, or I’m right, but this is what I did).

I think it’s best to start at the beginning, so I’ll do this one retrospectively, and then keep you up to date from here on in.

So where did I start? Which drone?

Well, there’s a ton of fantastic drones out there, like amazing things. It all depends what you want your drone to do. Are you just wanting a toy, a camera drone, an infa-red drone… cause if it’s the latter, you’d better start saving your pennies… and by pennies I mean just rob a bank!

So, as a complete beginner I thought I should buy a cheap drone to practice on, before deciding if this is something I want to get into. Enter eBay and £70… my Hubsan FPV x4 Plus arrives. It comes in a rather neat travel case with padding and all sorts. 4 batteries, spare props and a large remote control pack with a screen to see what the camera sees. “this is amazing” I thought to my self, why spend £1k plus, when this has everything I need… 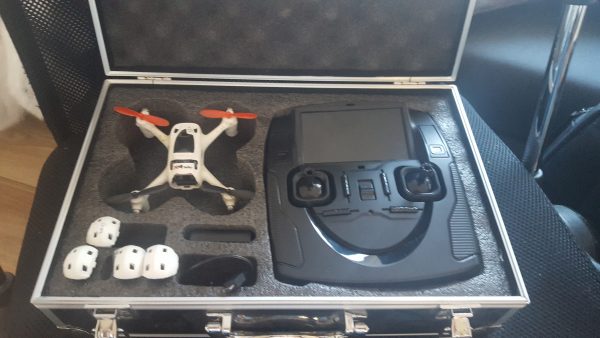 The Hubsan FPV x4 PLUS… perfect for Andy’s toy box

Well, I think I’ve flown it twice! As Sherrif Woody would say… “You’re just a toy!” First time it ended up in one of my trees and second time it got caught by the worlds smallest gust of wind and away it went into the next door farmers field. That was a fun hunt in all the barley! Luckily it was still in range and the video feed gave me a rough indication of where the damn thing was. Found it, didn’t even clean it up, put it back in the travel case and that was that… until I took the photo for this blog in fact! Maybe about 6 months after crashing it. Now for sale if you fancy making me an offer!

So, first experience of drones, not a good one.

It wasn’t until we did a video shoot on the West coast of Scotland at a holiday village that I rekindled my love for drones. We hired a local guy, fantastic pilot, got all the shots we wanted… but I wanted to do them myself! Me, me, ME! SO, even while there on the 3 day shoot, I was “getting my drone on” on the long lonely dark nights.

So, a new flame had been ignited. Once back in the studio I was watching oodles of Youtube clips, reading comparisons etc and I got it down to 2.

The Mavic Pro or the DJI Phantom 4.

2 marvelous pieces of technology. These things practically fly themselves (so I’m told) so goodbye John Barleycorn and hello aerial shots of fields and fields of the stuff!

So what did I look for? Well There’s the camera. Even though they’re both made by DJI, the cameras and gimbals are different. To me (and this is totally a subjective thing) the image from the Mavic was sharper and with more true colouring. And anyway the tings we can do on Premier Pro these days can tidy up most short comings. Both filmed in 4k (if I ever actually needed that) and took still photo’s too.

So what’s next. Cost? I probably should have put that first. Cost. How much is this bad boy of the sky going to set me back. Both were similar in cost, with the Mavic being a shade more expensive, but nothing missing a couple of Take-away meals can’t bridge. Around £1k get’s you the drone, some spare batteries, blades, carry case etc. These are by no means the expensive ones. The guy I hired for my shoot flew an Inspire. It was pretty fantastic, but I’d hope so at a cost of circa 2-3 thousand pounds!

Nope, the Mavic and the Phantom were much more round my ballpark for this stage in my pilot life.

Still watching more and more videos on line, I saw 1 video… and yes it was on the Mavic Pro website, but it was amazing! It was showing off some of the “tricks” this baby can do. It can follow stuff (not the wording they used). I could make it follow a car and it would fly round it, above it, to the side of it etc. It can do a circle, keeping it’s camera locked on a certain point, it can ascend a hill, following a climber, and remain the same distance from the ground as it goes up!!! Say what! This thing is nuts. I can attached my 360 camera to it… and here’s the clincher for me. It can be folded up to the size of my shoe… and it smells a lot better than my shoe, so happy to put it in a bag. The Phantom 4 is a fixed size drone and needs a large flight case to carry it anywhere. I can fold mine up, stick it in a back pack, climb a mountain, and whip it out when I get to the top! WOW!!!

So, that’s what I went for. The Mavic Pro. 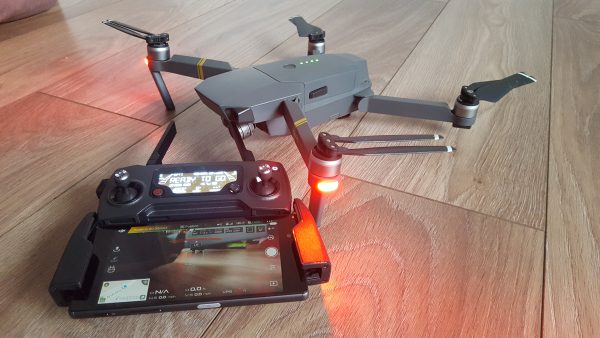 The stunning Mavic Pro. I’m in awe of this thing!

I have it, I love it, I’ve not crashed it! So what’s next? Well, I need to have a Civil Aviation Authority license to be able to fly commercially. So in the next thrilling instalment of this blog series, I’ll be going through my initial thoughts, flights and how my training is going for my flight test.